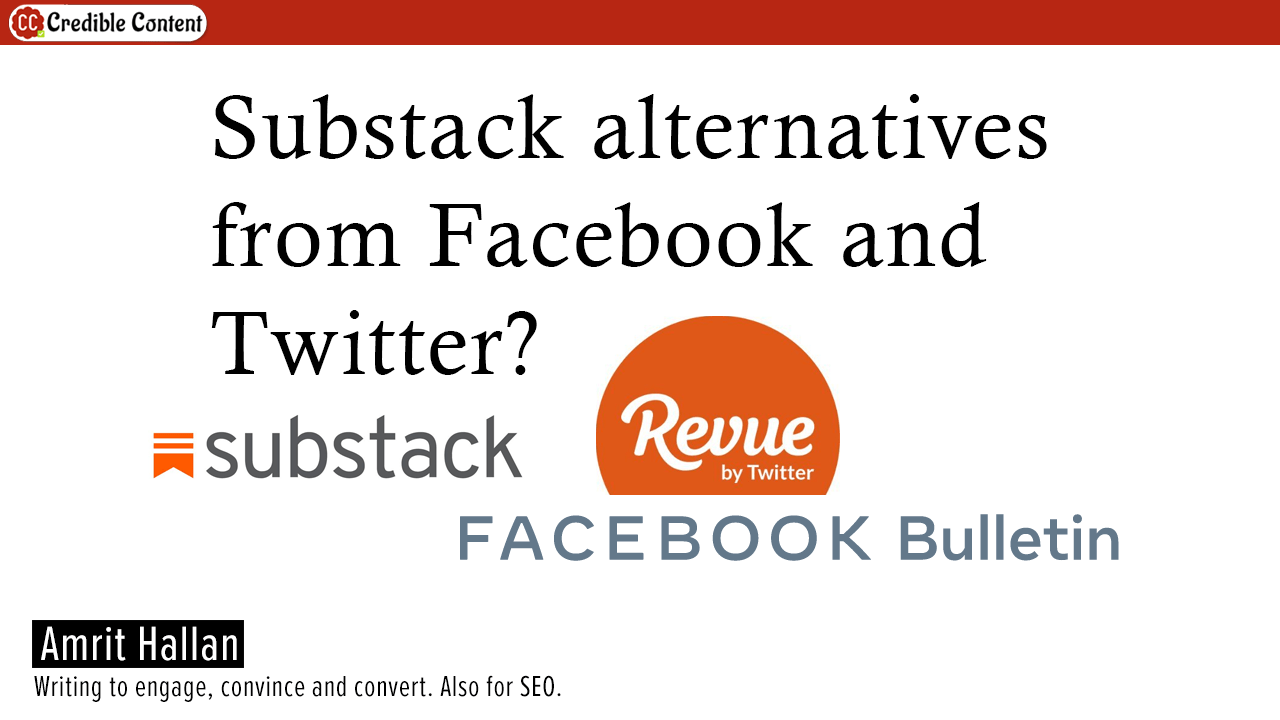 Well, a few days ago Twitter also launched a Substack alternative and started urging its users to publish newsletters from the new platform. It’s called Revue.

In case you don’t know what’s Substack, it is a newsletter publishing platform that operates on profit-sharing basis.

It is different from MailChimp. When you use MailChimp for your newsletter broadcasting, you pay for the number of messages that you send. After a while, it can become quite expensive.

Substack doesn’t charge you for every email that you send. It expects you to create so much quality content that your subscribers become eager to pay you. When your subscribers pay for your premium content, Substack takes a part of it. Quite fair.

In particular niches, Substack is quite famous. I came to know of it a few months ago when I was looking for a cheaper alternative to MailChimp because as the number of subscribers increased, and since, at least right now, my newsletter doesn’t get much money, running it was becoming expensive.

Since anyway I didn’t need the advanced features of MailChimp, switching to Substack was an easy decision. All I do is broadcast my blog posts and I don’t need advanced scheduling and analytics features.

Since it has its own unique way of publishing, many alternatives are popping up, and the recent is Bulletin by Facebook.

Compared to Substack, Facebook certainly has lots of money and it has been able to attract high-profile writers in the beginning itself. For example, if you go to the Bulletin homepage, you can see sliding faces of Malcolm Gladwell and Erin Andrews.

Twitter too launch its own Substack alternative called Revue. The company existed before, in the beginning of 2021, Twitter bought it. In the sense of revenue model, it is more similar to Substack – its home page says that it charges 5% of the money that you charge from your subscribers, once they start paying you.

Of course, in terms of packaging Bulletin and Revue seem quite spiffy, but Substack too has its loyal users. Besides, for an established publication, switching a platform is not a casual decision unless there is something overwhelming reason. I mean, I don’t plan to switch.

The newsletter publishing marketing is quite heating up.